Primary Residential Mortgage, Inc. is fortunate to have experienced, driven and compassionate leaders. Get to know our Executive leadership team! 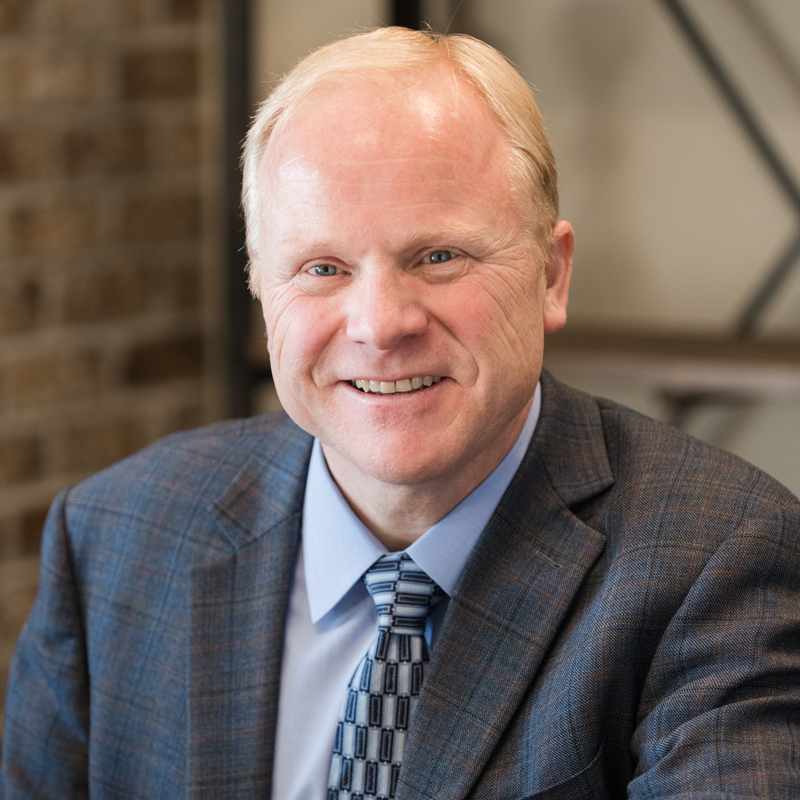 Kenneth Knudson, a mortgage industry veteran with over 30 years of experience in financial services, is one of the early members of Primary Residential Mortgage, Inc., a 20-year old national mortgage lender, doing business in 49 states.

In his capacity as CEO and President, Kenneth is responsible for executing PRMI's strategic direction, and for developing strong partnerships within the mortgage banking industry. Among his strengths, Kenneth brings leadership skills honed at large, complex organizations. In his original role as Vice President of Finance and as a member of PRMI’s Board of Directors, he and his colleagues built a small mortgage shop into a nationwide, award-winning mortgage banking operation with multi-billion dollar production and over 1,700 employees, working in 242 locations across the country.

In 2010, Kenneth established “PRMI Vision 2035” as a guide for the expansion and development of the company. Under Knudson’s personal leadership and as part of this strategic growth plan, the new corporate office was acquired and built out as the national headquarters of PRMI. Kenneth’s deep-rooted understanding of the organization’s legacy, his mortgage finance acumen and his forward thinking focus have poised him to successfully lead PRMI into the future.

When he isn’t immersed in the day-to-day needs of his profession, Kenneth enjoys traveling with his family and pursuing his passion for photography. 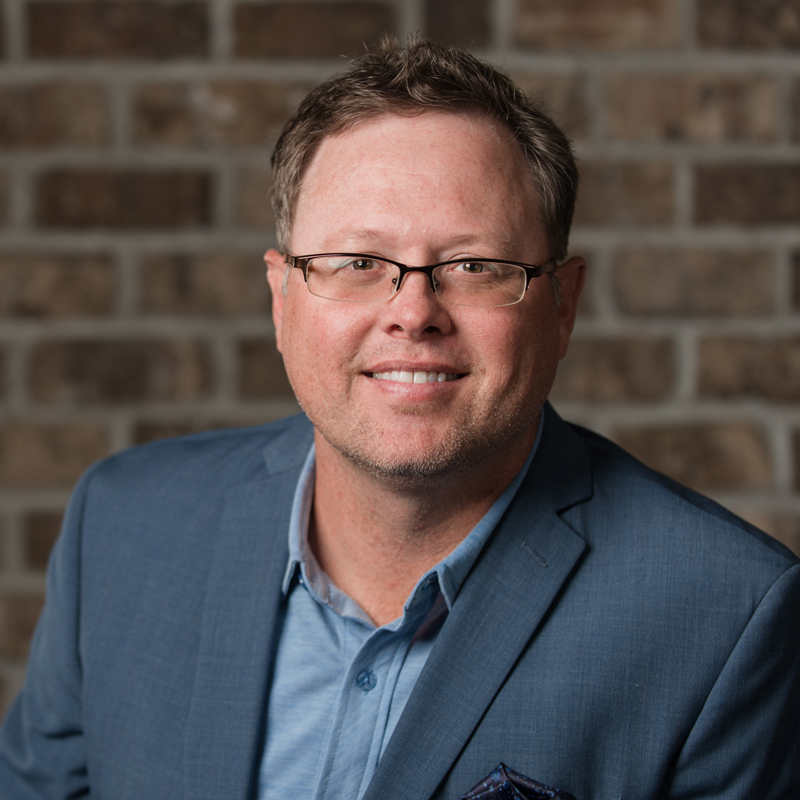 Chris joined PRMI in 2008 following an 11-year career with GE Capital. As President of Retail Lending, Chris leads all aspects of the organization’s retail production channel including oversight of its branch locations nationwide, growth planning and execution, strategy identification and implementation and company communication and engagement.

Chris has a degree in Finance from Brigham Young University and an MBA from the University of Utah.

Originally from Houston, Texas, Mr. Jones now resides in Draper, Utah with his wife, Kristin, with whom he has three children. Outside of work, Chris’ interests include tennis, any activity on or in the water and playing great golf courses. 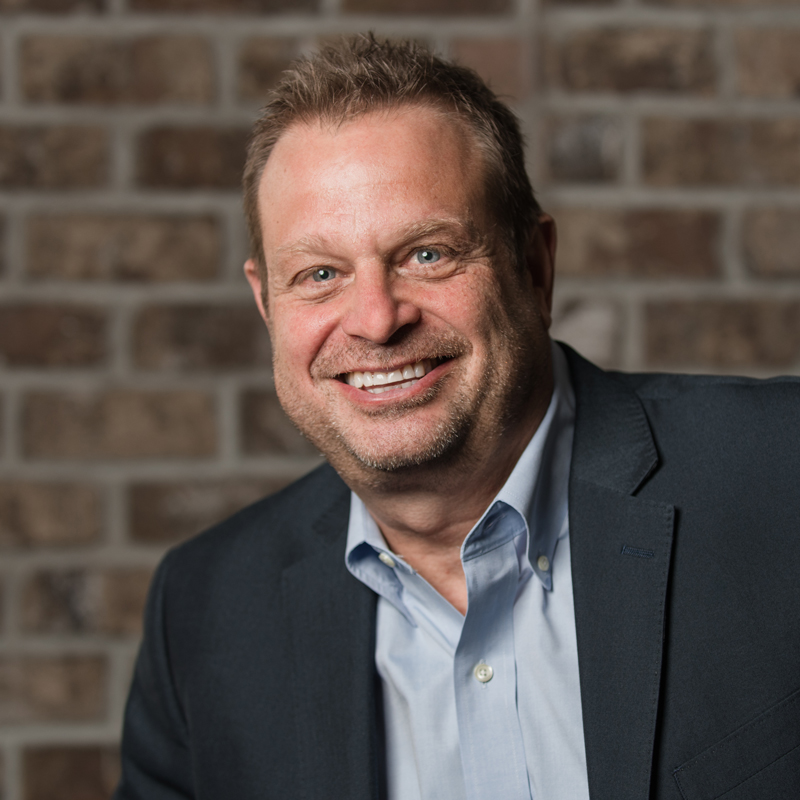 As Executive Vice President and Chief Production Officer, Tom’s deep understanding of the company’s operations is unparalleled. In this capacity, he oversees all areas of day-to-day production at PRMI and the operations of its affiliates to ensure safe business practices and continued profitability.

Prior to PRMI, he was the Vice President/Coordinator for Associated Charter Catalog and the National Jewelers Alliance, where he supervised over 500 Independent Jewelers and the corporate offices.

Tom and his wife, Kelley, have three sons, three grandsons and a granddaughter. He is passionate about giving back to the community, and regularly looks for opportunities to serve others. In his spare time, Tom enjoys attending all types of sporting events and supporting his favorite Utah teams including the U of U Utes, the Weber State Wildcats, (and yes from time to time the BYU Cougars), the Utah Jazz and the Salt Lake Bees. Tom’s even been known to travel to spring training. Above all, he is happiest when he gets to enjoy these activities with his family both at home and on the road.

As Executive Vice President of Secondary Marketing, A.J. works with a team of talented individuals that are responsible for overseeing program administration, pipeline management and business technology strategy. His focus is on quality data, cost reduction, customer focus and profit enhancement for our partners.

With over 20 years of experience in the mortgage industry, including the last 10 years at PRMI, A.J. spent two years in San Diego, California as a Product Manager for the DataTrac Program and Pricing suite at Del Mar Database. He has also worked as an Assistant Secondary Manager at New Century Mortgage, a Pricing Specialist at Crossland Mortgage Corp., the Secondary Marketing Supervisor at FirstPlus Freedom Mortgage and a Secondary Marketing Analyst at CMG Funding Corporation.

Mr. Swope currently resides in Lehi, Utah with his wife, Laurie, and four children. He enjoys photography, being outdoors, hunting and fly fishing. 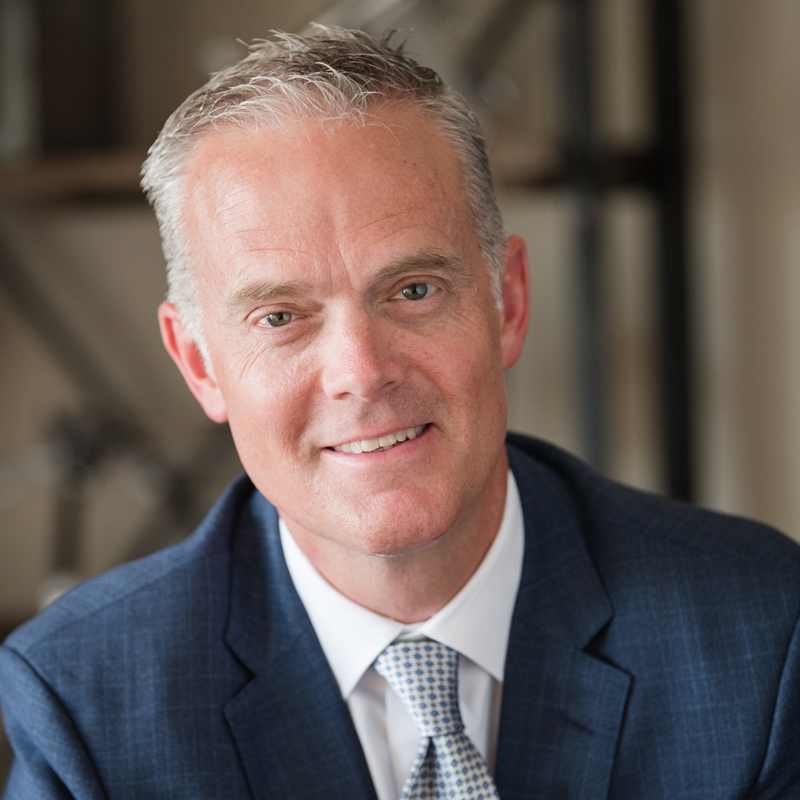 As PRMI’s General Counsel, Richard advises the Company on all aspects of legal compliance, pending litigation and other legal matters; negotiates, drafts and executes contracts; and contributes to business strategy to minimize risk.

Before his time at PRMI, Richard practiced law for 24 years in Utah, Nevada and Idaho, focusing on advising employers on employment-related issues, including litigation, administrative and regulatory matters. His experience included representing clients in the mortgage industry and on mortgage-related issues.

Mr. Armstrong resides in Alpine, Utah, with his wife and loves spending time with his three children. He enjoys participating in endurance sports, including cycling, swimming, mountain biking and marathon running. He has been a member of the USAT (United States Triathlon) since 2003, is Nitrox certified in scuba diving and speaks fluent German. 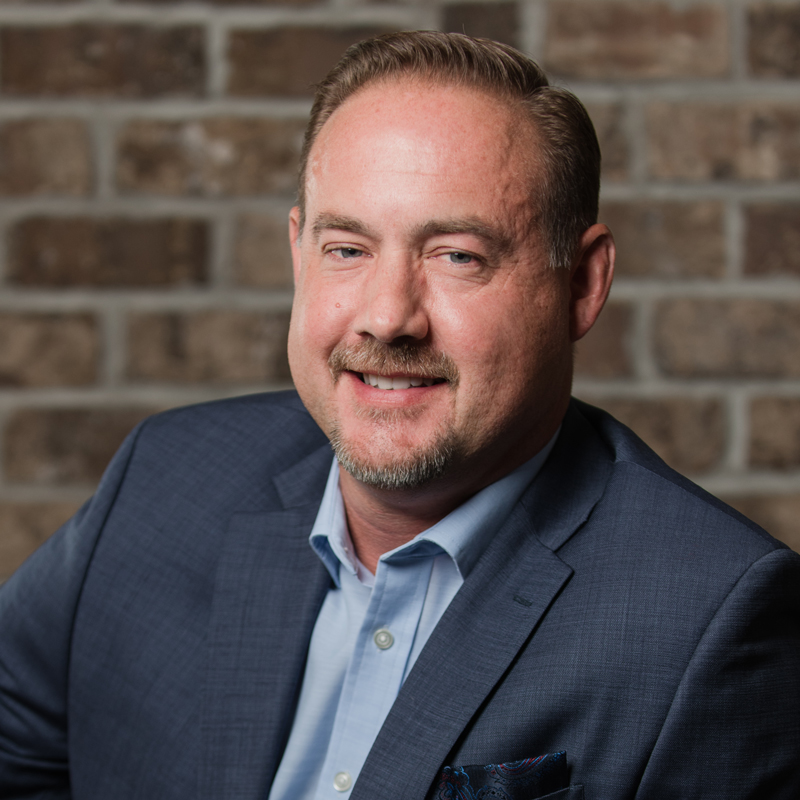 As Senior Vice President of Capital Markets, Mathew leverages his talents to develop, monitor and maintain servicing strategy for PRMI. With 18 years of experience working in mortgage finance, his breadth of knowledge and extensive understanding of capital markets allow him to confidently manage the suite of PRMI products, while mitigating risk and managing margin expectations for the company.

Mathew currently resides in Saratoga Springs, Utah with his wife, Kristin, and two children. He enjoys spending time adventuring in the outdoors, traveling and eating delicious food – especially when he grills it himself. 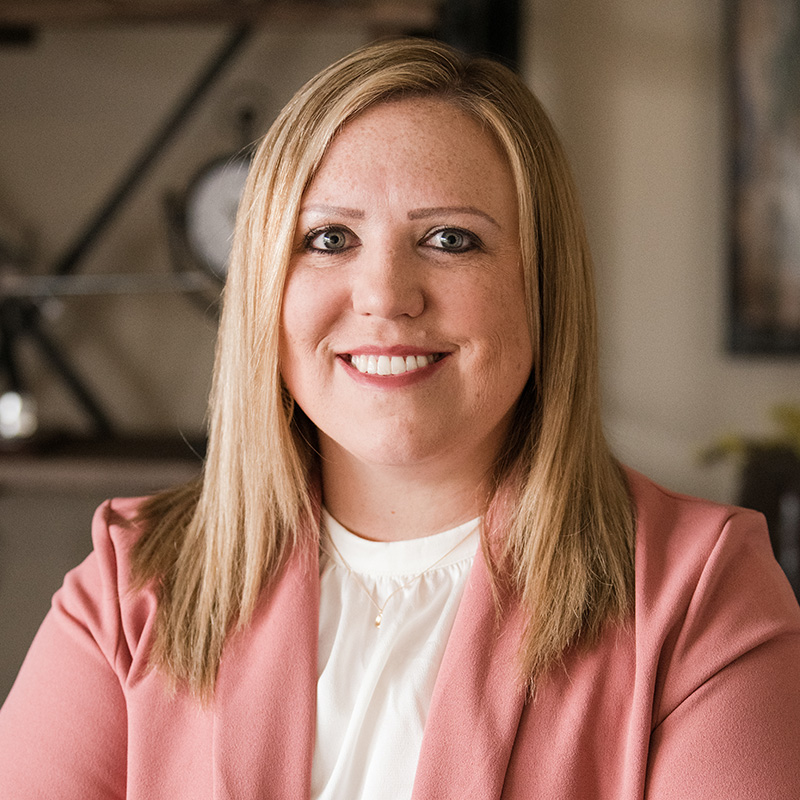 Alyssa has been part of the PRMI family for over 13 years and brings a wealth of knowledge and experience in managing numerous departments as well as managing relationships with our investors and warehouse lenders. As Senior Vice President of Operations, Alyssa is responsible for establishing and maintaining industry connections and overseeing the strategic direction of the organization’s various Operations departments, including Processing through Post-Closing.

Originally from Colorado, Alyssa now resides in Centerville, Utah with her husband and four children.  She enjoys golfing, attending live music shows, snowshoeing, spending time with her kids and hiking with her dog, Brody.

Brandi has over 28 years of experience working in the mortgage and financial service industries, including compliance, loan origination, sales management and operational risk management.

Brandi joined PRMI in 2009 and most recently served as Vice President of Quality Assurance, managing loan manufacturing and servicing quality. Prior to her time at PRMI, Brandi worked as an AVP overseeing mortgage originations for The Associates Finance and Citi Financial. Brandi’s ability to view loan issues from both a sales and a risk approach has helped PRMI expand the quality of loan origination, compliance and risk management.

Brandi and her husband are both mortgage professionals. When they’re not talking shop, they enjoy traveling and spending time with their children and grandchildren. 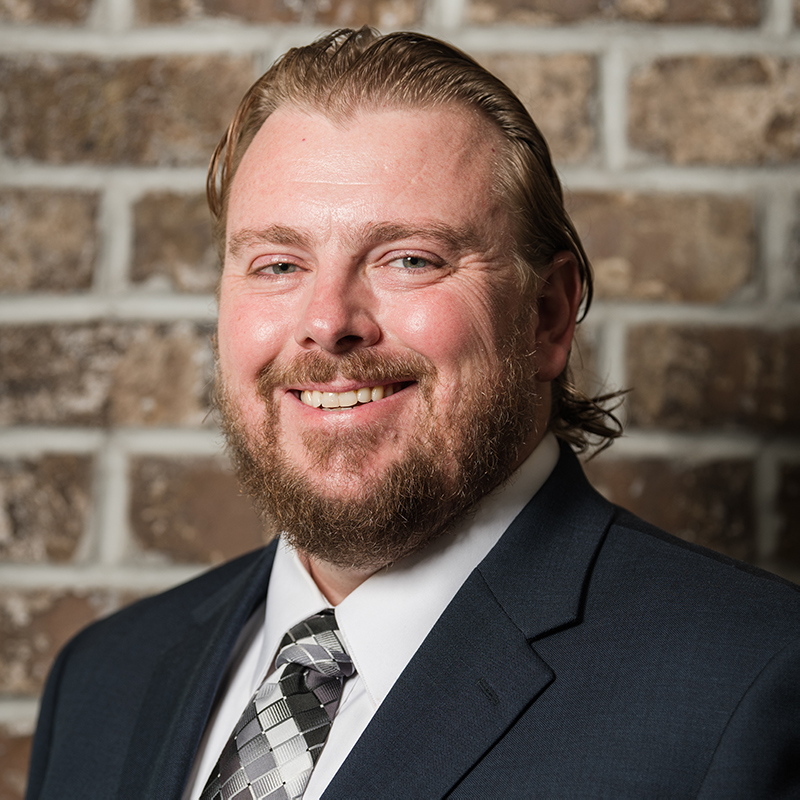 Lorin Knudson began his time at PRMI in 2012 as a loan originator and shortly transitioned to manager of the Servicing department. In the years since Lorin has helmed the department, its portfolio grew exponentially and the department adapted to new processes and implemented new technology.

In his most recent role as Vice President of Servicing, Lorin led the department through a loan volume that more than doubled. Most recently, he launched a software program conversion to handle even more growth and further streamline processes.

Before joining PRMI, Lorin studied business at Southern Utah University and served as a branch manager at Flagship Financial Group. He has augmented his industry experience by completing the Future Leaders Program with the Mortgage Bankers Association.