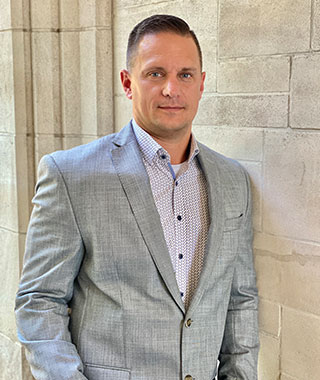 Brandon is originally from Louisville, Kentucky, then moved to Columbus, Ohio where he found his love for the Ohio State Buckeyes and college football. He now lives in Marshallville with his wife, Rebecca and their 4 kids. He served in the U.S. Army for 9 years as an Infantry Soldier.

Shortly after his military retirement as a Staff Sergeant in 2010, he got involved in real estate financing and has been a Licensed Loan Originator for our branch since 2011. He takes pride in supporting clients every step of the way. This personal commitment and desire to help others has earned him the achievement of being ranked by Mortgage Executive Magazine as a Top 1% Mortgage Originator in America.