2001, 2009, 2020 ß All these years had profound effects on the every day life of Americans.  2020 didn’t invent work from home, but it definitely pushed the WFH agenda up 5-10 years to make it, well, pretty darn commonplace nowadays.  That had many surmising that this could be the demise of big cities as people no longer needed to live close to work, but could instead move to the suburbs or countryside in search of more square footage per dollar.  Luckily for big cities, what offset the outflow was the constricted inventory, thus pushing median house prices a bit higher in 2020 despite fewer overall buyers in the market.  Now, with almost 4.3m doses of vaccine given statewide (total population of Washington is 7.615m people, thus, 56.46% of all Washington residents have now received at least one dose of vaccine), prices in the city centers are on the rise…again…but perhaps the biggest winners of the Great 2020 WFH Experiment were the outlying areas.

It appears that in a world where maybe people only have to be 60% in the office in any given week, those boundaries of where people are willing to live relative to their work have moved out a bit.  Case in point:  According to the NWMLS, prices rose 14.5% year over year in King County last month and 22% in Snohomish County; but soared a staggering 43.8% in Kittitas County!  March is the first month where we can really compare post-COVID markets to pre-COVID markets, and I’m going to go out on a limb and say that Kittitas was the big COVID winner on the NWMLS.  That said, because inventory levels were so low across the board, no one really lost:  Kitsap and Pierce Counties both outgained King County; Skagit County was up 27.3%, Thurston County 21.2%, and Whatcom County 20.8%.

Real estate in the city is doing JUST FINE, and it looks like it will be doing fine for a while – King County has about 2.5 weeks of inventory, Snohomish County has about 1 week of inventory, and Pierce County has about 1.5 weeks of inventory.  Not months.  Weeks.  Thus, the urban housing markets will continue to see their home prices rise as buyers compete and escalate.  But with the likes of Kittitas, Island, and Chelan Counties all under 1 month of inventory as well, look for those housing prices to climb even further, faster.  Remember, its easier to double a dollar than it is to double ten dollars, and with median house prices a few hundred thousand lower in the outlying areas, there’s more room for those prices to run than in the TriCounty area.

The greatest investment on earth, is earth.

Per Bankrate’s survey of large lenders, the 30 year mortgage interest rate on purchases fell slightly this past week to 3.27%, with .34 in discount and origination points. 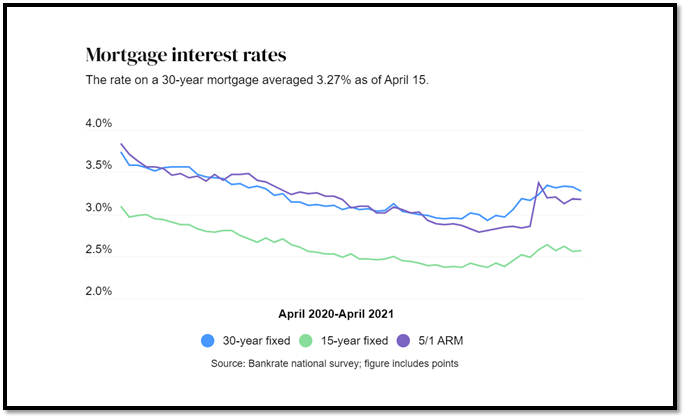 This past week St. Louis Fed President James Bullard stated that if 75% of people were vaccinated, the Fed could start tapering or reducing its purchases of MBS and Treasuries.  Then on Thursday Fed Chair Jerome Powell laid out a three part test before hiking rates:

With the Fed giving full transparency on their viewpoints, investors no longer had to guess as to what might happen and when.  Generally investors will err on the side of caution, thus when they’re left guessing we’re likely going to end up in an over-sold climate…which is what happened to mortgage bonds and TBills these past couple months.  However, with some clarity, investors are now returning to the bond markets which is driving mortgage interest rates slightly lower.  Throw in a Johnson and Johnson Vaccine scare (6.8m people vaccinated with the JnJ vaccine, resulting in six reported cases of severe blood clot), which could slow the overall recovery, and we’re at a place where investors are feeling ok about returning to the mortgage bond markets.  This settling of the dust has mortgage interest rates trending slightly lower over the past two weeks. 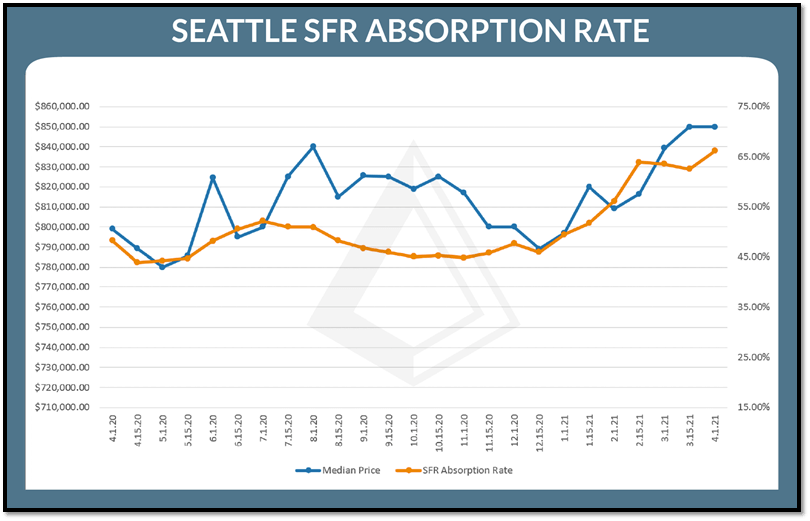 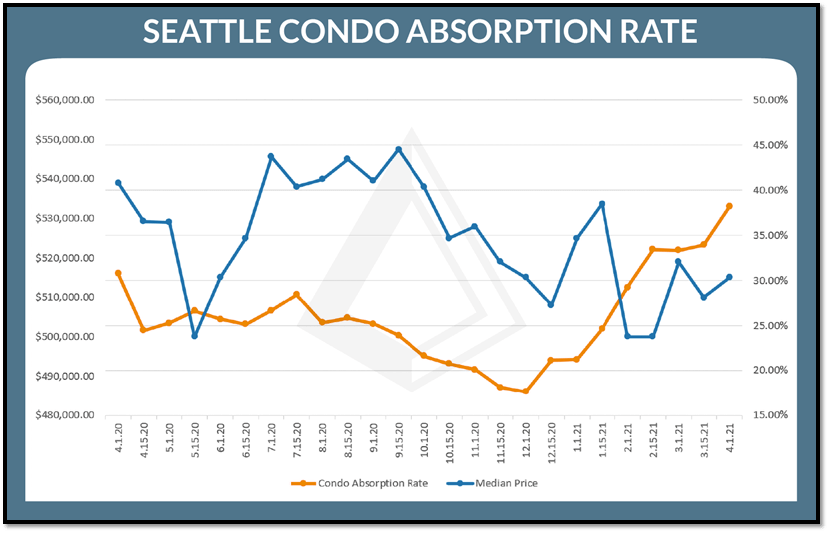