It’s projected that United States Federal Reserve will end 2020 having pumped about $3.7 TRILLION dollars into treasury and mortgage backed security purchases, this year alone.  According to Bankrate.com, those Fed purchases have helped lower the national 30 year mortgage interest rate average by about .75%.  Now, point seven five percent doesn’t sound like a lot, but that translates into about $210 per month savings on a $500,000 mortgage.

Let’s dial that in for King County:  There are about 554,042 owner occupied households in King County according to the US Census.  Then, according to the 2019 American Community Survey, we can see that 73% of those homes have a mortgage.  Therefore, we have 404,450 financed homes in King County.  THEN, going back to the Census we can see that of those 404,450 financed homes, the median principal and interest payment is $1,595 per home.  If each one of those households is able to save themselves 10% on their mortgage payment, or $160 per month by refinancing to today’s low rates, the net benefit of Fed Purchases for King County in 2021 is about $64,712,000…per year.  Assuming people will keep their all-time record low interest rate for an average 15 years, the Fed’s purchases this year will effectively and cumulatively save King County homeowners $970,680,000.  That’s a lot of manufactured wealth, and that’s likely to find its way back into the Northwest economy in some way, shape, or form over the next decade and a half.

Project these numbers across every county nationwide, and I’d be willing to bet the Fed is coming out on top here – AKA, A net benefit to Americans over the next 15 years worth MORE than the $3.7 Trillion they’re projected to spend this year buying treasury bonds and mortgage backed securities.  And this doesn’t even account for the increase in wealth of current homeowners derived from house price appreciation due to increased purchasing power for homebuyers bidding list prices higher.

The 2020 Fed buying spree is pumping hundreds of millions of dollars back into American households’ pockets.  It’s also opening the door for prospective new homeowners to jump into the housing market with increased purchasing power, which drives prices higher, thus adding wealth to current homeowners’ portfolios.  Add this to the FAA recertification of the Boeing 737 Max, Amazon’s new pharmacy, Microsoft’s continued growth in the Cloud space, Google’s 10 acre campus expansion in Kirkland, and the recent vaccine data; and there’s a lot of reason to be pretty optimistic about the Northwest Real Estate market as we close out 2020 and head into 2021.  Median list prices may be waning as Winter Cleanup Season takes hold and a higher percentage of sellers accept under-list-price offers, but the economic backbone to the Puget Sound housing market is there, and it’s being fortified by continued Fed involvement for low mortgage interest rates.  So long as this low interest rate trend continues, and our local economy cultivates more and more homebuyer-paying jobs, the Northwest Housing Market is in prime position for a stellar 2021. 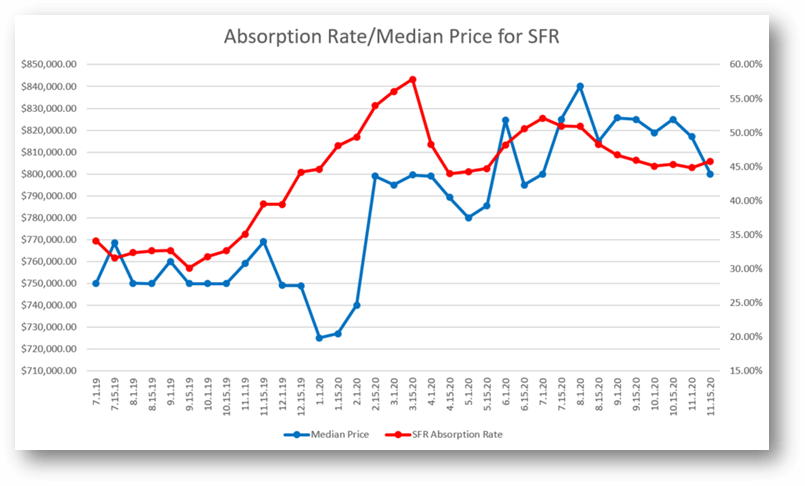 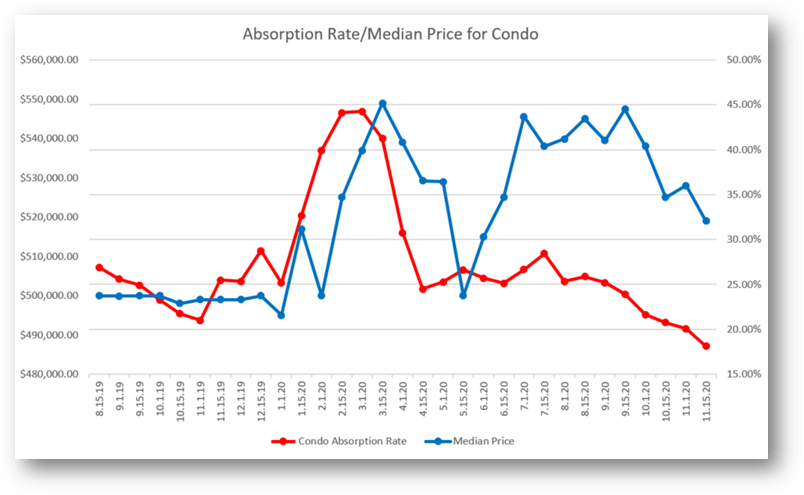 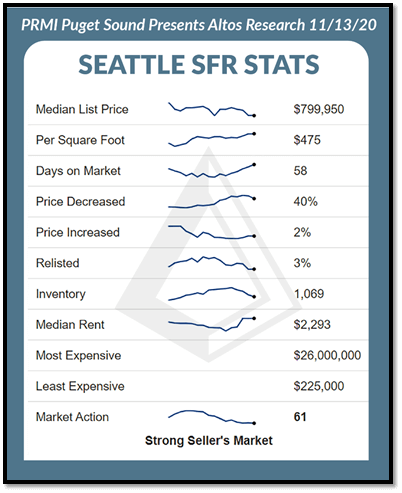 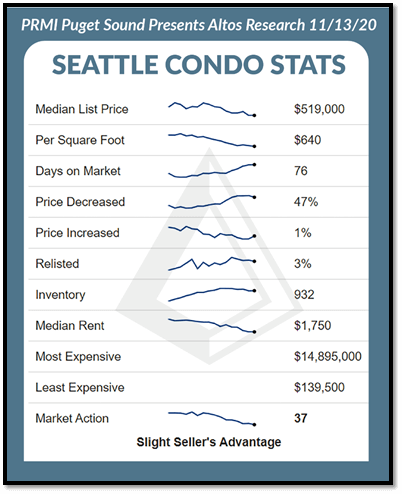 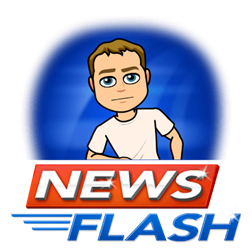 Per Bankrate.com’s survey of large lenders, the 30 year mortgage interest rate fell slightly this past week to 3.03%, with .32 in discount and origination points.

If you’ve been tracking this section of the WMU, you already know that any vaccine news would be bad for rates…  And the news from Pfizer and Moderna earlier this month was just that:  Bad for rates.  The reason this was easy to predict was because any vaccine news would have a flood of money entering the stock markets, and usually when that happens it’s at the expense of the lower risk/lower return mortgage bond, therefore increasing mortgage interest rates.  However, as we can see in this weeks Bankrate survey, rates have come back down a bit as the re-reality of where we’re at with COVID settles in.

Mortgage rates returned to record lows this week, reflecting a still-uncertain economic outlook and a spike in coronavirus cases. The average 30-year fixed-rate mortgage dipped to 3.03 percent from 3.12 percent, according to Bankrate’s weekly survey of large lenders.

Results of Bankrate.com’s weekly national survey of large lenders conducted November 18, 2020 and the effect on monthly payments for a $165,000 loan:

In the week ahead (Nov. 19-25), 46 percent of the experts on Bankrate’s panel predict rates will stay the same, while 31 percent expect rates will rise and just 23 percent project that rates will fall.

“The surging virus cases and lack of any immediate stimulus for consumers and small businesses are becoming a bigger drag on the recovery, pushing bond yields and mortgage rates back down,” says Greg McBride, CFA, Bankrate chief financial analyst.

Rates are just a handful of basis points from a record low and are expected to stay this way for a while. You can see the forecast from various experts for the year ahead here.

That means more and more homeowners can refinance to cut their monthly mortgage payments. However, refinancing comes with costs that you must make up if you are to profit from a refi.

As for rates, they’re widely expected to make a slow rise in the coming months. But anyone with good to excellent credit who wants a mortgage should be able to snag a low rate for some time to come. How long is anybody’s guess.