Every once in a while I’m just looking for an opportunity to pump up my 20th ranked alma mater, but it is true that the Dog Days of Summer are over and it’s worth taking a look at where the housing market ended up this summer.  Early next week the NWMLS will release its August report on the Puget Sound Housing Market.  Outside of November through January, August can easily be argued to be the fourth softest month in the housing market on an annual basis.  So don’t be surprised if some of the headlines preach that the market softened in August…it USUALLY softens in August relative to June and July…but then picks right back up for a Fall Surge in September and October before the holidays temper things back down in November – Historically speaking anyway.

The Dog Days of Summer are slower due to Buyer Fatigue from the Spring Market and Buyer vacations before school starts.  Don’t be surprised if some of the content released next week discusses a “softer” market…it’s not.  It’s only softer when you compare it to the Spring Mayhem Market.  Compare it to previous August markets, and we’re still rocking it.  Historically speaking the Puget Sound Housing market will heat up again through the end of October as rejuvenated buyers look to land a deal before the Holidays.

Overall, the Northwest Housing Market is as strong as any real estate market out there.  Amazon has postings for 14,000 corporate (not warehouse) jobs across Seattle and Bellevue; Facebook has 815 job openings paying more than $95k; and Microsoft has 2,232 job openings paying more than $100k.  Add on a plethora of smaller firms opening offices and hiring STEM jobs in the region, and Puget Sound’s Housing Market is supported by a straight up titanium backbone of an economy.

The biggest future headwinds for our housing market could be higher mortgage interest rates (but now that we’re onto the possibly scarier Mu Variant coming to the US in the next month or so, I don’t suspect mortgage interest rates will climb much as investor dollars stay parked in the relative safety of Mortgage Backed Securities); or a supply glut.  The supply glut headwind seems most applicable with the Downtown Seattle Association reporting a record 11,979 new housing units opening up in 2021 and 2022, but so long as people opt to stay in their homes forever, it seems to me that even though we might have a lot of apartments and condos on the way, we’ll be short on single family residences for quite some time.

For everyone thinking our market is priced too high, remember that’s simply a perspective rooted in context.  According to Altos Research, Median House Prices in San Francisco are $1.495m, and San Jose is at $1.299m.  So relative to where a lot of this STEM talent is being imported from, Seattle prices are a bargain. 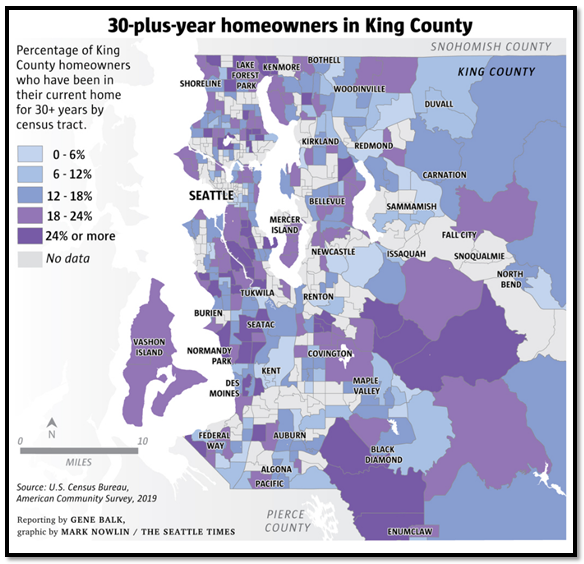 Per Bankrate’s survey of large lenders, the 30 year mortgage interest rate fell this past week to 3.03%, with .35 in discount and origination points.

Interest rates have moved largely sideways the past couple weeks as the markets digest all that’s happening – rebound in the economy paired with fears of Delta and now the Mu Variants.  Rates will break out one way or another in the next week or so as they get squeezed by technicals (moving averages closing in from both sides).  I’m not a Betting Man (or a very good one anyway), but I would guess that as the weather starts to turn, COVID cases will rise as people congregate indoors more.  This could open the window for a slightly depressed economy which should push mortgage rates slightly lower. 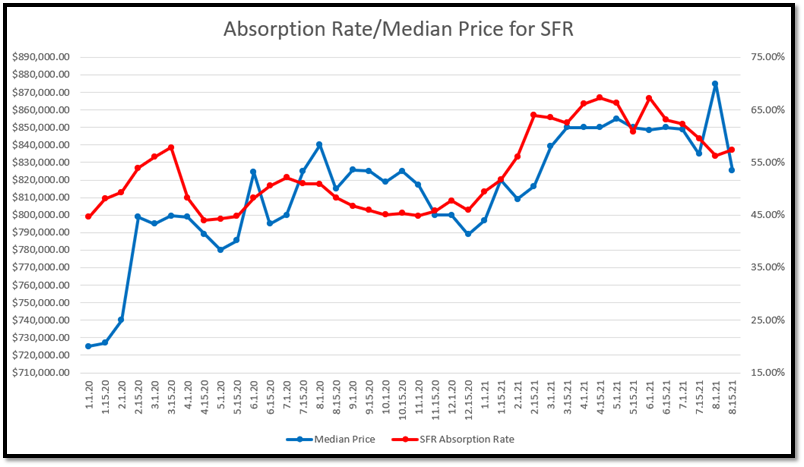 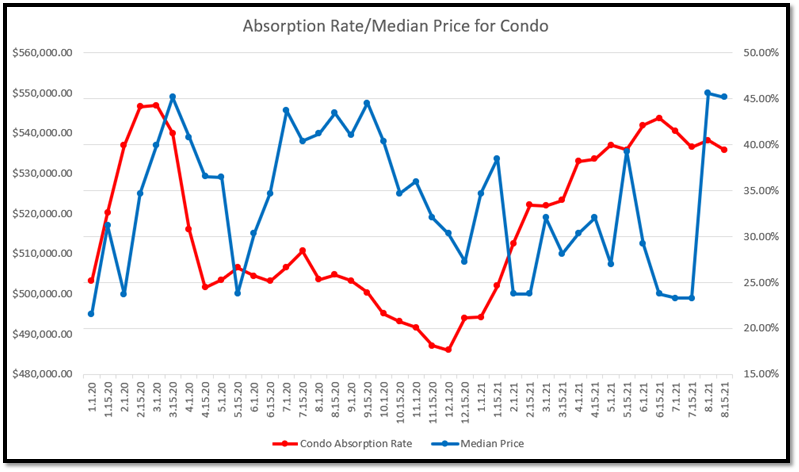