Possibly the biggest 2021 news event no one heard of:  The Supreme Court has ruled that the Director of the FHFA serves at the will of the President, and is therefore replaceable by the President without cause.  What does this mean?  It means Mark Calabria is out, and Sandra Thompson is in as the Federal Housing Finance Agency Director.

Why is this such a huge deal and worth reading about?  Here’s the bulleted storyline:

With this judgement by the US Supreme Court and subsequent move by Biden, it is likely that Fannie and Freddie will stay under government conservatorship for a bit longer than they would have otherwise.

THIS IS REALLY BIG NEWS

By keeping these companies under the control of the government, the government can ensure that they follow through on their original purpose of being:  To provide liquidity to the mortgage markets, and open the door of homeownership to as many Americans as possible.  The thing is, publicly traded companies are in pursuit of profits – this inherently means higher mortgage interest rates than what the secondary markets may necessitate, AND stricter underwriting guidelines to avoid costly risk.  These two underlying factors are mitigated when controlled by the government.  I think this line by our NEW FHFA Director sums up the new direction of Fannie and Freddie best:  There is a widespread lack of affordable housing and access to credit, especially in communities of color.  It is the FHFA’s duty through our regulated entities [Fannie Mae and Freddie Mac] to ensure that all Americans have equal access to safe, decent, and affordable housing.  Compare this line of thinking to Mark Calabria’s last biggest move which was to implement an Adverse Market Fee to all refinancers in 2020, which did nothing but increase interest rates to refinancers and profits for Fannie and Freddie, and I think you get the point.

I’ll say it again:  THIS IS REALLY BIG NEWS.  And will translate into the door of homeownership opening to more Americans (And by the way, more demand = good for housing prices).

Per Bankrate’s survey of large lenders, the 30 year mortgage interest rate on purchases fell slightly this past week to 3.18%, with .33 in discount and origination points. 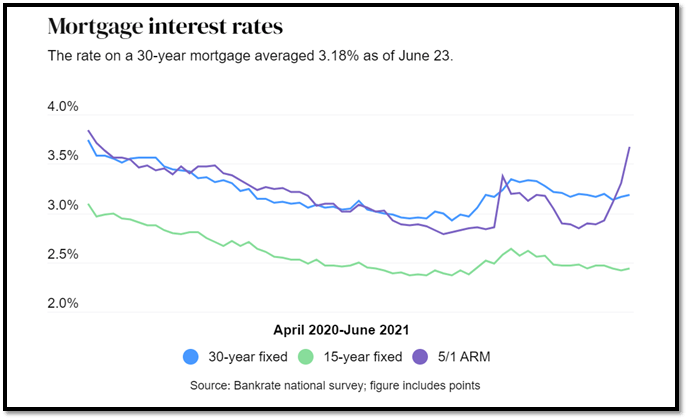 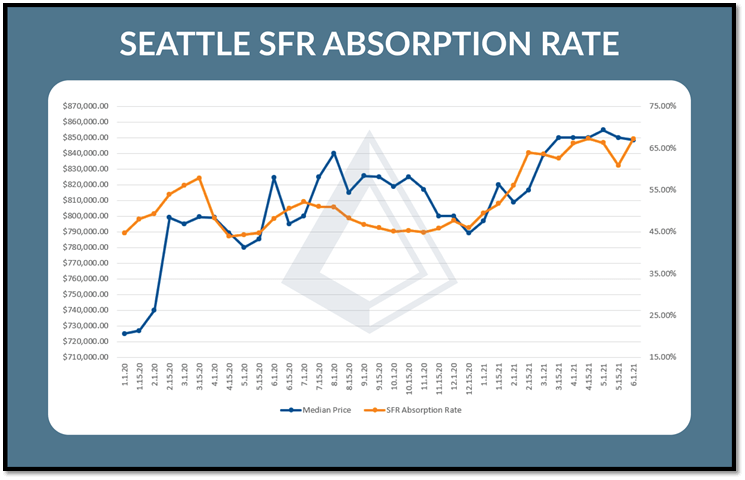 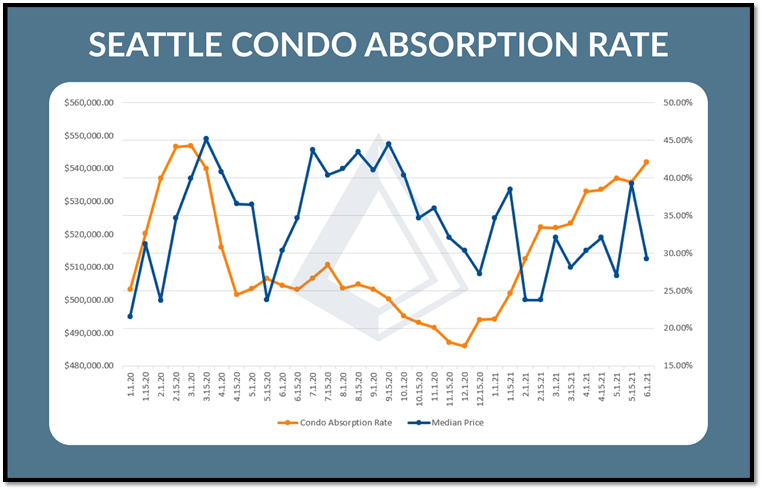